5 Excavator Types and Their Construction Uses 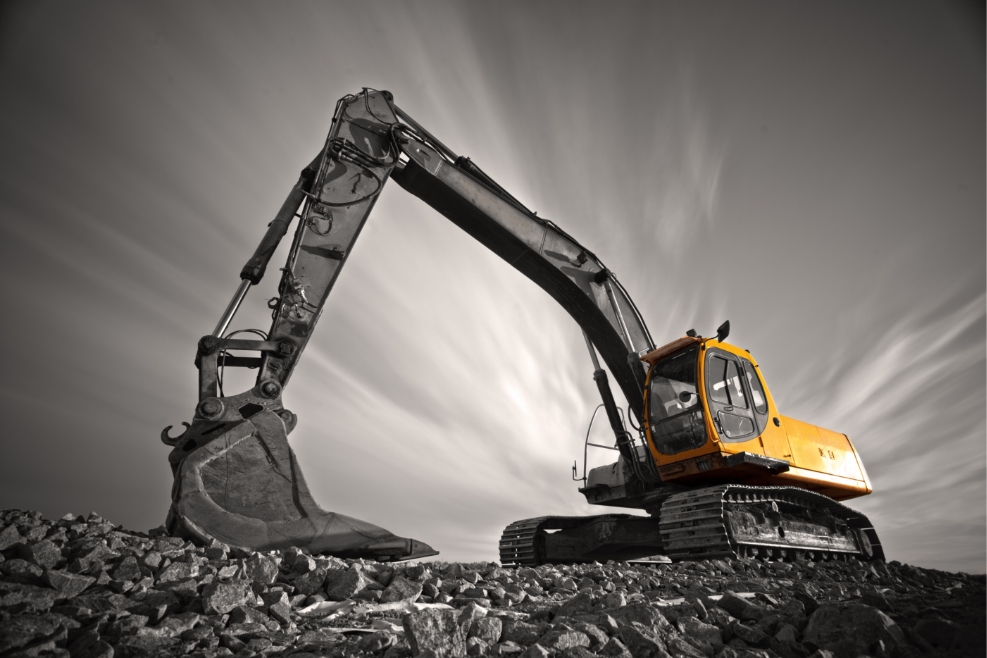 5 Excavator Types and Their Construction Uses

An excavator is a large and powerful machine used to dig holes or trenches or move large amounts of earth. Excavators have a large bucket on the front, which is attached to a long arm. The arm is attached to a rotating cab, which sits on tracks. This design gives excavators a lot of digging power and mobility, allowing them to be used for various tasks, such as digging trenches, breaking up pavement, and lifting and moving large amounts of earth.

Here are five of the most used excavator types in construction sites:

Wheeled excavators are excavators that run on wheels instead of tracks. They are typically similar in size and appearance to crawlers but are faster and easier to maneuver on concrete, asphalt, and other flat surfaces. They still offer the same power capabilities as traditional excavators.

Wheeled excavators are commonly used for roadwork and urban projects because they offer more stability on these surfaces than tracks. However, if an operator needs to transition between a smooth surface and an uneven one, they can add outriggers to the excavator to increase stability.

Crawler excavators have a chain-wheel system that allows them to slide down and scale hills with less risk. This makes them suitable for grading hilly areas and uneven landscaping terrain. While slower than other excavators, crawlers provide greater balance, flexibility, and stability.

A suction excavator is a machine that uses suction to dig up the soil and other materials. The suction pipe on the excavator is powerful enough to provide up to 400 horsepower. The excavator first releases a water jet to loosen the ground before using the suction.

The pipe has sharp teeth at the edge, which create a vacuum. This vacuum carries away soil and debris up to 200 miles per hour. A suction excavator can help avoid damage to underground infrastructure by more than 50 percent.

A dragline excavator is a type of large-scale construction equipment typically used in civil engineering projects like canal dredging. Due to their size and weight, draglines are usually assembled on-site. This excavator is equipped with a bucket attached to a long boom. The bucket is lowered into the ground and then pulled back up, scooping up large amounts of material.

Contractors are increasingly using mini excavators because they can cause less ground damage and navigate through tight or crowded spaces. Mini excavators are compact excavators and typically have reduced tail-swing or zero tail-swing to avoid contact with nearby objects.

DL Nagel Excavating is a full service excavating company with 30 years of extensive experience in mainline and facility pipeline, lease development, reclamation, water and sewer repair and replacement, cisterns and septic systems installation, and more. We also provide gravel and equipment hauling across Southeast Alberta and Southwest Saskatchewan. If you need excavating services in Southeast Alberta, we’ve got you covered! Get in touch with us today and let us know how we can help!